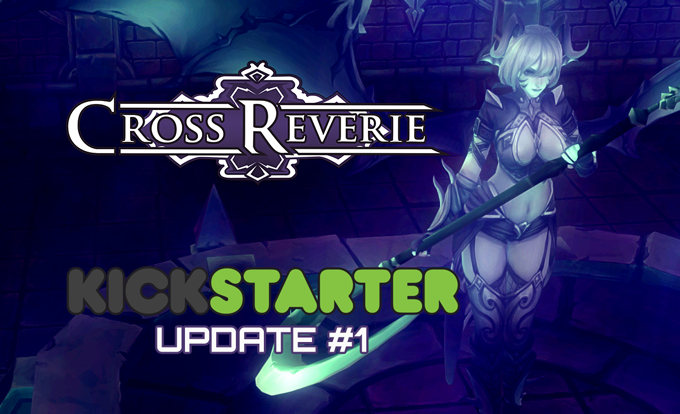 Thank you all for supporting the Reverie, we broke the 5k mark which is quite awesome! Hopefully we can maintain the momentum and get more JRPG enthusiasts on-board.

Goal of the Kickstarter

There’s been a few people asking about the low base goal of the Kickstarter relative to the style of JRPG we’re aiming for: The Kickstarter will be helping our core budget (which is covering the essentials such as all the main characters, NPCs, enemies and story-related zones) and help us take things to the next level with more polish, improved artworks, less reliance on premade assets for the ‘less-essential’ zones and just more JRPG goodness.

We opened Cross Reverie’s Steam Greenlight page which is making good time! Be sure to stop by if you haven’t already. 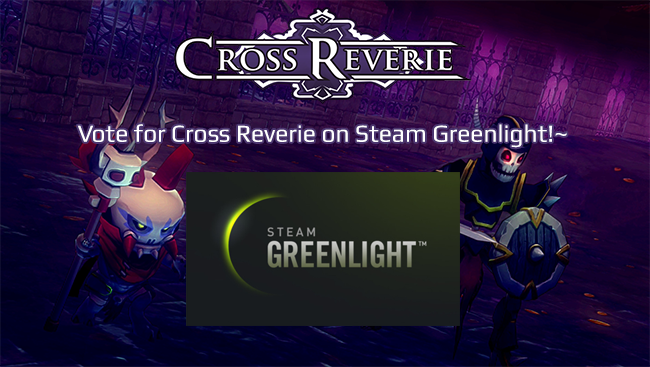 We’ve got a new gameplay video coming out soon to showcase improvements from the prototype v2 including a more fluid basic attack sequence as well as the switch mechanic. Look forward to it with commentaries from the producer!

We’ve been getting alot of interest in PS4/Vita ports and we might consider breaking the big console tier and swap it with more content oriented stretch goals if there’s enough demand. Let us know what you think!

Thanks again for believing in us and helping take Cross Reverie to the next level! We’ve been tinkering on some exclusive Kickstarter backers in-game bling to show our appreciation. Stay tuned!